Challenging Team or Group? The 5 Team Dysfunctions with Ideas to Build Trust | by Julia Menard 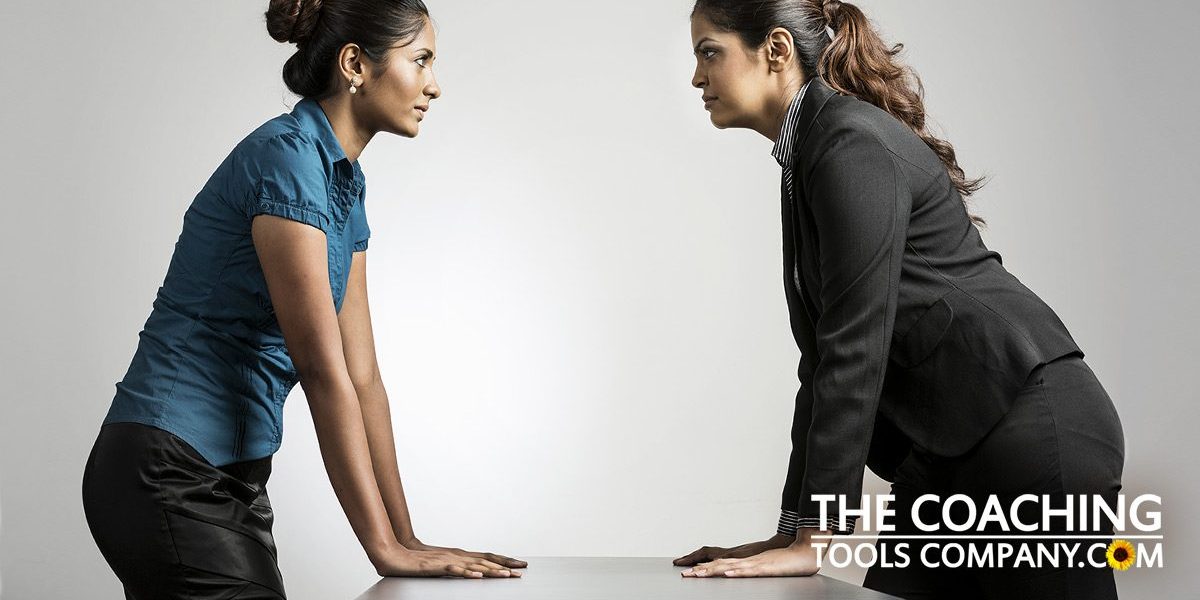 Originally Posted on The Coaching Tools Company as Challenging Team or Group? The 5 Team Dysfunctions with Ideas to Build Trust | by Julia Menard 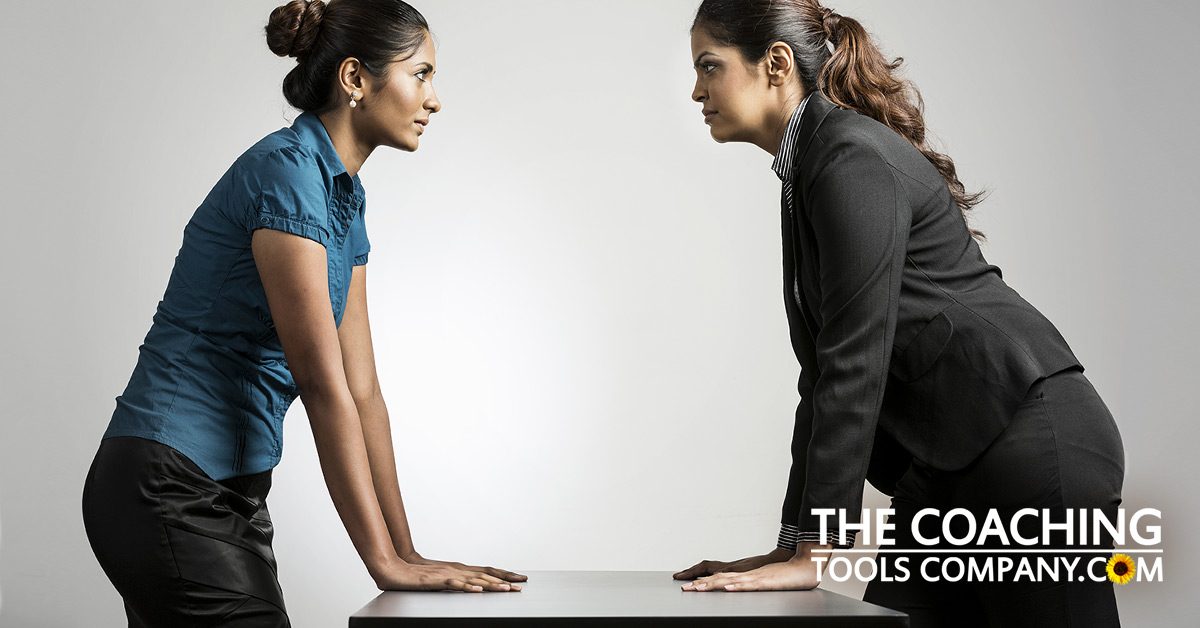 If you work with teams, Patrick Lencioni’s book The Five Dysfunctions of a Team is a ‘must read’.

Lencioni begins by saying that the root cause, and foundational reason, for any dysfunctional team—is a lack of trust. Then from this base, he expands into 5 dysfunctions that result and how they impact teams. I recently had the opportunity to work with Lencioni’s team dysfunctions model and will share the elegance of it with you below.

Comment if you see your team—or other teams you know of—in this description. Or perhaps you’ve seen this at play in your group coaching too?

If there is no trust, people tend to put up defenses—so there is a lot of ‘walls up’ invulnerability. This first dysfunction seems totally intuitive and I have found it helpful to make it the first place I look when reviewing the health of a team.

Lencioni then goes on to name 4 more implications stemming from a lack of trust and proliferation of invulnerability on a team.

The second implication of not having trust within a team is that people are hesitant to share their differences or “true” opinions. Lencioni calls this a fear of conflict. Which is damaging to a team as he sees productive conflict as necessary to bring out multiple points of view (as do I!).

The result of a fear of conflict is “artificial harmony”. Perhaps you’ve seen that on your team—people appear to get along but really don’t. There may be politeness or cool aloofness, but it’s not real connection. Whole cultures make this their method of dealing with conflict—but it’s not really dealing with conflict! Instead it’s one big conflict avoidant team (or workplace)—valuing harmony over authenticity.

If there is little trust, and people are afraid to be authentic and speak their mind, the third dysfunction that flows from this is a lack of commitment.

Again, this makes intuitive sense—if I’m not going to tell you what I’m really thinking or feeling, I won’t buy in to what’s going on. I don’t agree but I won’t tell the others about it. I haven’t had a chance to work through the difference of opinion and arrive at a place that makes sense to me. So I won’t commit.

This lack of commitment results in ambiguity. Some people are committing—and they assume everyone is on board. But this is wrong—and as a coach you might hear about it later as confused messages, gossip or resistance.

Lencioni says the fourth dysfunction is a lack of accountability. Because we haven’t really agreed and committed to what the goals are, we can’t hold each other accountable to them.

Lencioni calls the result of this dysfunction  “low standards”.

This term can be misleading, as no team wants to see itself as having low standards. However, when team members can’t remind each other of their higher standards and help each other uphold them, it seems inevitable that lower standards will result.

This brings us to Lencioni’s last dysfunction—an inattention to results.

This is something I see time and again as a mediator called into the workplace. With so much conflict going on, it’s very difficult to focus on the higher goals and results.

So Lencioni says what happens instead is people focus inwards and are only invested in what’s best for their ‘area’. That could mean a “silo” mentality in the team, only seeking status for their own area, or individuals just focusing on their own careers.

Does any of this ring true in any of your teams?

So how do we move forward?

Since Lencioni’s model suggests dysfunction in a team starts with trust, I love that he recommends investing time into getting to know each other as the first step in re-instating trust within a team.

And by re-instating trust I don’t mean a general team-building exercise where people go into the woods, hold hands, and sing songs together—although that could be useful to some teams! Instead Lencioni begins by suggesting some easy trust-building ideas.

Here are 4 trust-building ideas to get started

A team seriously wanting to strengthen trust would take one or two days away from the office to get to know each other in very specific ways. Below are some ways to do just that.

1) How to get started—the basics

The first suggestion, starting slow, is to share a few small bits of personal history with each other—things like where you were born, how many siblings you had, what your birth order was. I experienced this in a team and it seemed a very good place to start. And this kind of exercise might take half an hour maximum—depending on the number of team members.

A next step after a fairly safe trust building exercise would be sharing some information through a personality test—like Myers-Briggs, or DISC or Thomas-Kilmann Inventory—or some combination. With the Thomas-Kilmann Inventory for example, people would share their results—in this case their personal conflict styles—whether it be a competing style, accommodating, avoiding, compromising, or collaborating (or some combination).

Taking time to have the team share these results gives each other permission to be different. It also starts to give the team a vocabulary for how to talk with each other about previously “unmentionable” personal differences.

Together with the sharing of one’s differences through personality assessments, team members can now to share what they see as their top strengths and weaknesses. In this way, the team starts to orient towards how each member contributes to the team and how each member has certain weaknesses—that they know they have, and know they need to work on.

4) Finally, understand our strengths and weaknesses as others see them

The culmination of this trust-building work, is for team members to tell each other what they each see as each other’s top strength and weakness.

Each team member is then invited to choose one (or a few) strengths and weaknesses to build and develop over the next 9 months or so. This is recorded and referred to in the upcoming months.

I hope you’ve enjoyed this overview of Lencioni’s first step in how to deal with a lack of trust in teams.

Remember that in “bottom-line” and “results-oriented” cultures, it’s the relationship piece within teams that tends to be de-prioritised—and therefore suffers.

Setting some time aside to work with your team so they get to know each other better won’t solve all team conflicts—but it will make resolving team conflicts easier.

Trust is the lubrication that makes it possible for organizations to work. Warren Bemis

If you liked this article on team dysfunctions you may also like:

Time is Running Out to Complete Future of Coaching Survey
November 28, 2022